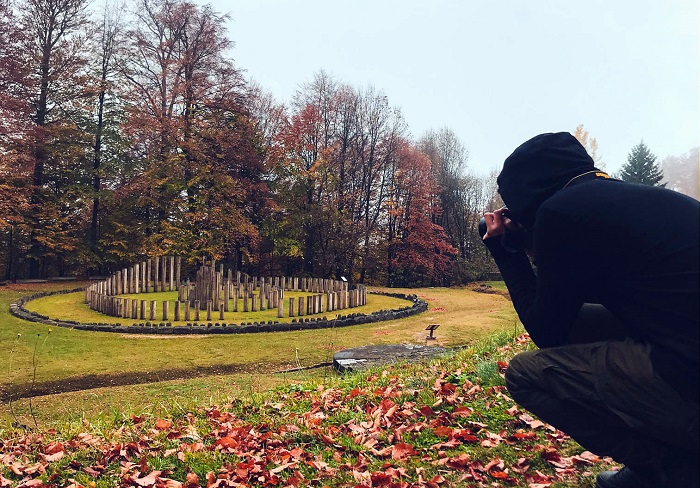 Entering the autumnal forests of the Oraștie Mountains, I feel that I am entering a spiritual realm. It is a early morning, deep within the chilly throws of October, and evidence of the year’s decline is paramount. The ground is covered in leaves, and the forests create a mosaic of reds, yellows, and browns. 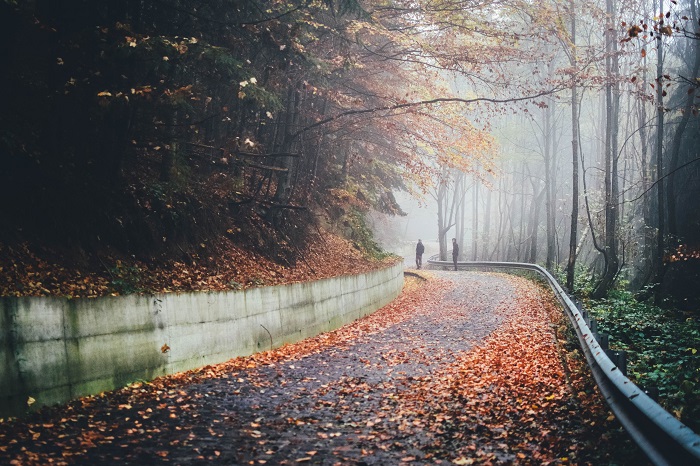 Looking up towards the surrounding peaks, I see them hidden in mists of fog, inviting the traveler to discover the secrets of the Dacian holy land, crowned by the ruins of Sarmizegetusa Regia.

The fortress and religious sanctuaries of Sarmizegetusa is the culmination of the Dacian march towards cultural and architectural sophistication. The historian Dan Carlin cites a similar example of what occurred in Gaul, shortly before Caesar’s conquest.

He noted that due to various degrees of contact with Rome, the various tribes of Gaul had each obtained various levels of cultural sophistication. He described the Gauls of the north as being less developed and more barbarous, while a member from a southern Gallic tribe may have been described as little more than a Roman with a moustache. For the Dacians, the years after their successful war against Domitian, Emperor of the Romans, led to architectural adaptations that would shape an all too short golden age of Dacian prosperity. 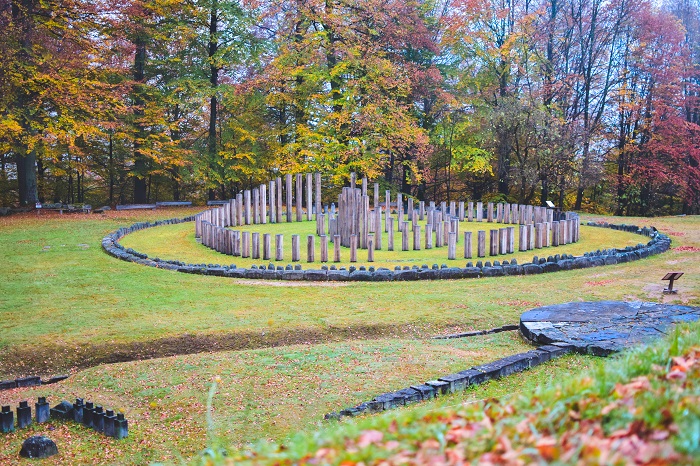 Walking along the wooded road up the mountain twists the traveler through twisted ravines, leading to sharp drops leading into a nearby creek. From here, it is easy to understand why Decebal would feel secure, high up in his mountain fortress. Sitting on top of a 4000-foot mountain, the fortress’s wall – a rare example of Dacian wall-building techniques, comes into view. 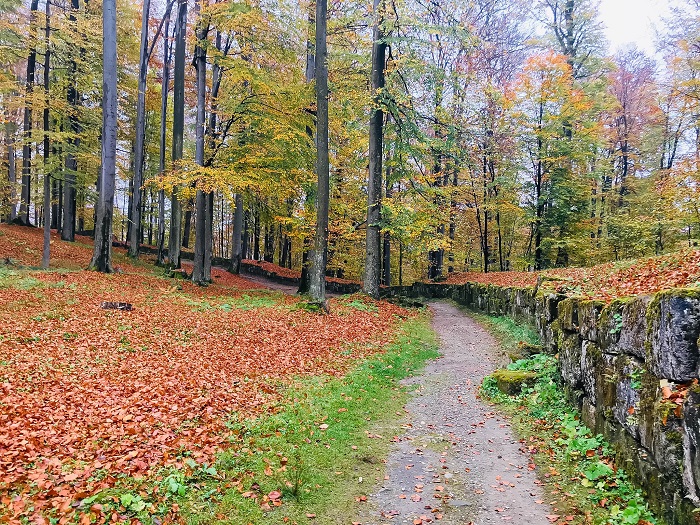 The citadel was built on five terraces, stretching over an area of nearly 30,000 square meters. The walls were thick, and built in a way to be flexible – absorbing the projectiles of Roman siege weapons. The murus dacicus is a true achievement of ancient military architecture.

Beyond the citadel, partly covered in leaves, I noted the existence of a paved road. This remarkable find appears to have once connected the distance from the citadel towards the religious sanctuaries below. Constructed from large limestone slabs, the paved road is another extraordinary example of Dacian engineering and cultural sophistication.

A walk further down led me to a clearing, where the holy sanctuaries of the Dacians could be found. There were numerous temples, accented by the ruins of a large circular temple. Its perimeter appeared to have once consisted of a large double belt, made of andesite. The first comprising of massive bocks and the second including groups of pilasters. Inside, there were the presence of several wooden posts plastered with clay. With the large wooden posts still present, the ruins reminded me all too slightly of Stonehenge in England. 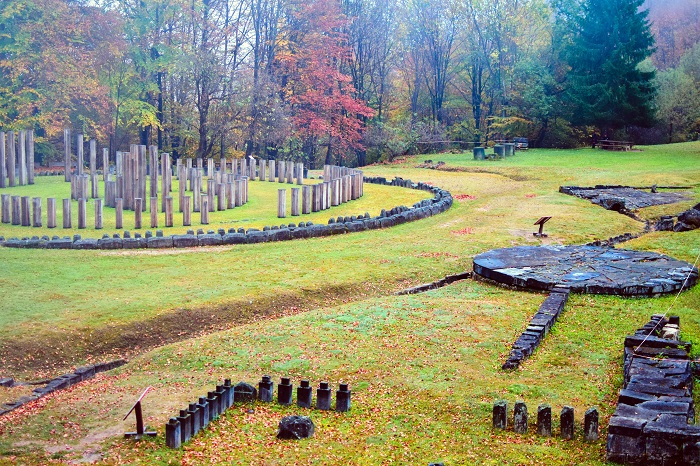 This temple was probably dedicated to Zalmoxis, the chief of the Dacian pantheon. During Trajan’s conquest of Dacia, the destruction of this temple would have meant the end of the Dacian religion. As a people who believed themselves to be immortal, this would have been a significant event – shattering their morale and signaling their defeat. There are other temples in the area, also appearing to have been constructed of andesite. In fact, looking closely at the ground, one can almost see it sparkling just a bit – a reflection of the andesite-rich terrain. 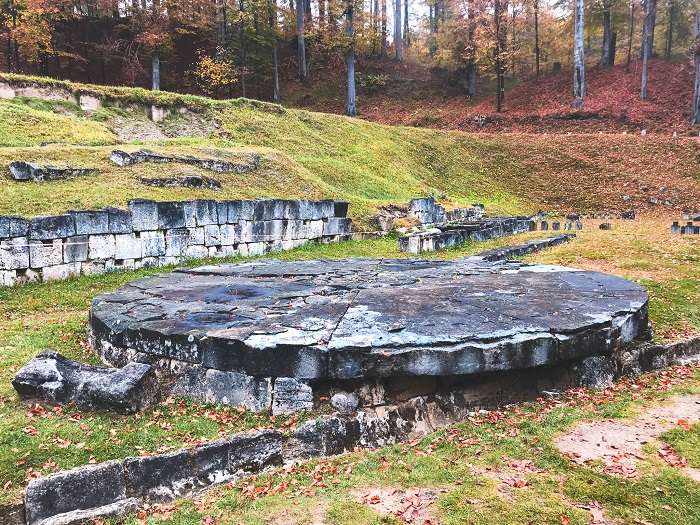 Nearby can be found a large circular disk, also constructed from andesite. Named the “Andesite Sun,” it appears to have been a type of sundial, and was used for religious sacrifices. There is also evidence of a system of ceramic pipes, which channeled water down below toward the citadel’s residences. 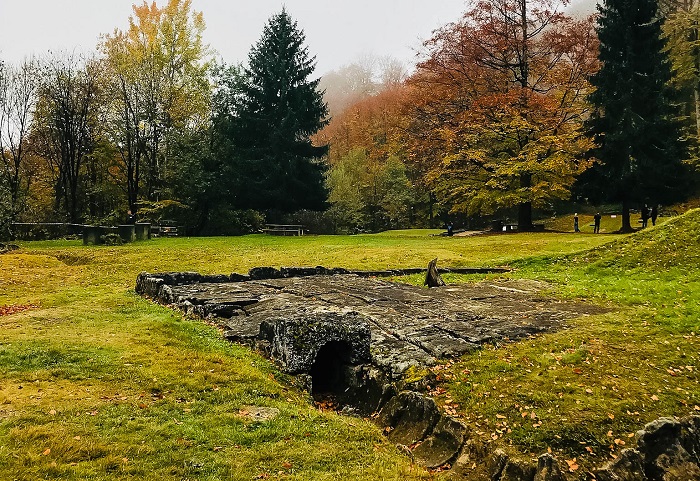 Sarmizegetusa is only one (albeit the most significant) of the Dacian fortresses situated in the nearby mountains. Others have been discovered at Blidaru, Piatra Roșie, Căpâlna, Bănița, as well as Cetățuie. It appears that shortly before Decebal’s final defeat, he constructed these fortresses in a spirited, but futile attempt to stave off the power of Rome. 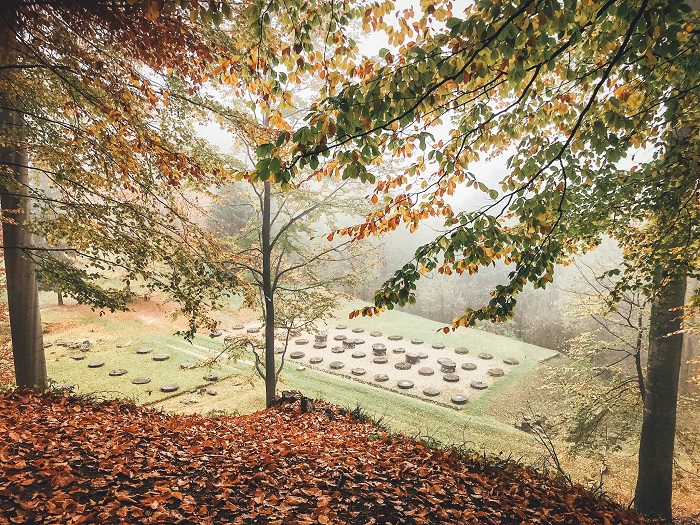 Alongside a religion that proclaimed them to be immortal and having the most impressive mountain defenses in the barbarian world, the Dacians perhaps approached the Romans with overconfidence. Indeed, the fact that Trajan’s legions were able to traverse the mountains and ultimately raze the fortresses point not towards the Dacians’ shortcomings, but more towards the overwhelming power of Rome during the noontide of its glory.